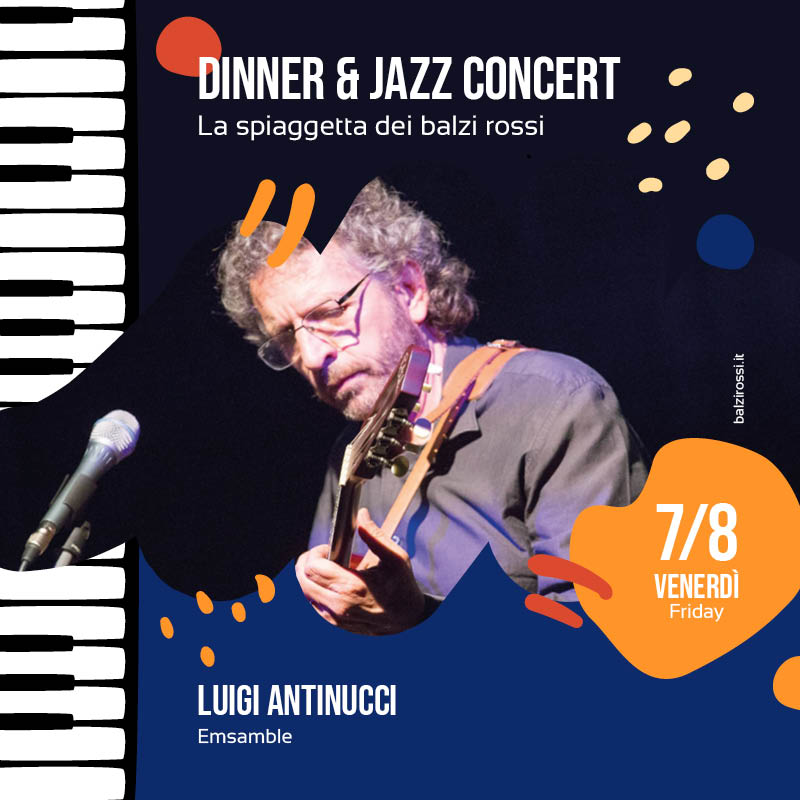 Jazz Moments & Author Songs. Luigi Antinucci, singer-songwriter-guitarist, author and producer of soundtracks, commercials and jingles, radio host, founder and vice president of the cultural association Magica Torino, artistic director of Radio Reporter Torino. Artistic coordinator of Vitamine Musicali – Sant’Anna Hospital Turin. Self-taught, a great observer of international music, he recorded his first album in 1981: “Me lavo la mente”. This is followed by travel experiences with various jam sessions on ships that take him from the Mediterranean islands to Brazil, influences that will later be felt in all his records as “God of the Sun – Mediterranean”. He shares the stage with the likes of Giorgio Conte, Vittorio De Scalzi, Mauro Pagani, Francesco Baccini, Alberto Fortis. Great attention is paid to the themes inspired by his beloved Turin such as the “Magica Torino” album. His texts speak of life, love, social relationships, migration, our indifferent daily life and the loneliness of modern man.
Have fun!