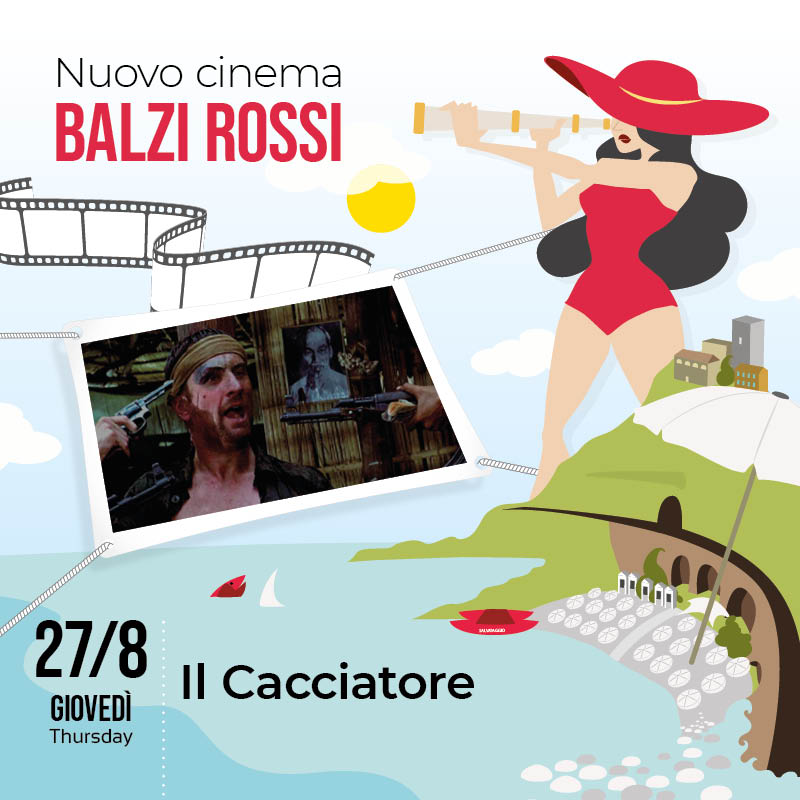 The Deer Hunter is a 1978 American epic war drama film co-written and directed by Michael Cimino about a trio of steelworkers whose lives were changed forever after fighting in the Vietnam War. The three soldiers are played by Robert De Niro, Christopher Walken, and John Savage, with John Cazale (in his final role), Meryl Streep, and George Dzundza playing supporting roles. The story takes place in Clairton, Pennsylvania, a working-class town on the Monongahela River south of Pittsburgh, and in Vietnam.

PLOT:
Three friends in Pennsylvania – Mike Vronsky, Steven Pushkov and Nick Chevotarevich – work in a steel mill and hunt for deer. They prepare to leave for military service in Vietnam. Steven is engaged to Angela, who is secretly impregnated by another man. Mike and Nick both love Linda, who will be moving into Nick’s home to escape from her abusive and alcoholic father. During Steven and Angela’s wedding, Nick asks for Linda’s hand, and she accepts. As the newly-weds drive away, Nick asks Mike to not abandon him in Vietnam. Mike and Nick make a final deer hunt. As is his custom, Mike fires a single shot, which kills the deer.
In Vietnam, the friends, along with other soldiers, are captured by the Viet Cong, and are forced to participate in a torturous game of Russian roulette while the jailers place bets. Steven yields to fear and exhaustion and fires his round at the ceiling. As punishment for breaking the rules, Steven is thrown…
have fun!