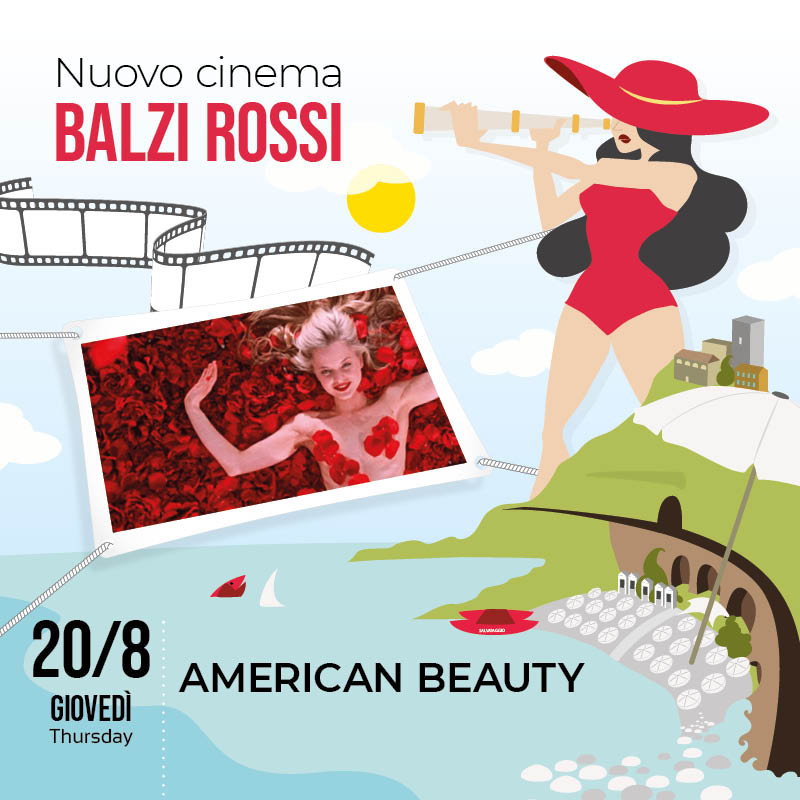 American Beauty is a 1999 American black comedy-drama film written by Alan Ball and directed by Sam Mendes. Kevin Spacey stars as Lester Burnham, an advertising executive who has a midlife crisis when he becomes infatuated with his teenage daughter’s best friend, played by Mena Suvari. Annette Bening stars as Lester’s materialistic wife, Carolyn, and Thora Birch plays their insecure daughter, Jane. Wes Bentley, Chris Cooper, and Allison Janney also feature. Academics have described the film as a satire of American middle-class notions of beauty and personal satisfaction; further analysis has focused on the film’s explorations of romantic and paternal love, sexuality, materialism, self-liberation, and redemption.

PLOT:
Lester Burnham is a middle-aged magazine executive who despises his job and is unhappily married to Carolyn, a neurotic and ambitious real estate broker. Their 16-year-old daughter, Jane, abhors her parents and has low self-esteem. The Burnhams’ new neighbors are retired US Marine colonel Frank Fitts, his near-catatonic wife, Barbara, and their teenage son, Ricky, who obsessively films his surroundings with a camcorder, collecting hundreds of recordings on video tapes in his bedroom, while using his part-time job as a waiter to serve as a front for dealing cannabis. Frank is a strict disciplinarian who has previously forced Ricky into a military academy and a psychiatric hospital. Jim Olmeyer and Jim Berkley, a gay couple who live nearby, welcome the family to the neighborhood; Frank later reveals his homophobia when angrily discussing the encounter with Ricky.
Lester becomes infatuated with Jane’s vain cheerleader friend, Angela Hayes, after seeing…
have fun!