MURDER ON THE ORIENT EXPRESS – 6 August 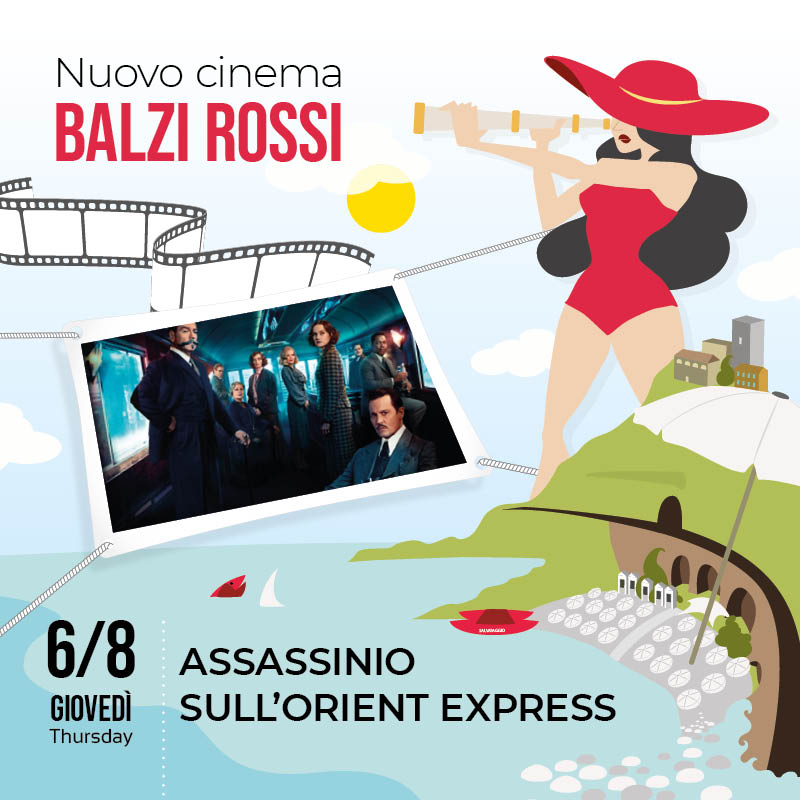 Murder on the Orient Express is a 2017 mystery thriller film directed by Kenneth Branagh with a screenplay by Michael Green, based on the 1934 novel of the same name by Agatha Christie. The film stars Branagh as Hercule Poirot, with Penélope Cruz, Willem Dafoe, Judi Dench, Johnny Depp, Josh Gad, Derek Jacobi, Leslie Odom Jr., Michelle Pfeiffer, and Daisy Ridley in supporting roles. The film is the fourth screen adaptation of Christie’s novel, following the 1974 film, a 2001 TV film version, and a 2010 episode of the television series Agatha Christie’s Poirot. The plot follows Poirot, a world-renowned detective, as he seeks to solve a murder on the famous trans-European train in the 1930s.
Principal photography began in November 2016 in the United Kingdom; it is one of the few productions in recent decades to have used 65 mm film cameras. Murder on the Orient Express had its world premiere on November 2, 2017 at Royal Albert Hall in London, and was released in theatres in the United Kingdom on November 3, 2017, and in the United States on November 10, 2017, by 20th Century Fox.The film grossed over $351 million worldwide and received mixed to positive reviews from critics, with praise for the cast’s performances and the production value, but some criticism for not adding anything new to previous adaptations.

PLOT:
In 1934, famous Belgian detective Hercule Poirot solves a theft at the Church of the Holy Sepulchre in Jerusalem. The obsessive-compulsive detective—who seeks balance in life, and considers his case-solving ability to see a lie amid truth to be a curse—wants to rest in Istanbul, but must return to London for another case. His friend Bouc, director of the Simplon-route Orient Express service, arranges a bunk for him aboard the train.
Unscrupulous businessman Edward Ratchett offers to hire Poirot to be his bodyguard during the three-day journey, having received anonymous threatening letters, but Poirot refuses upon learning that he is a con artist. That night, Poirot hears strange noises coming from Ratchett’s compartment, and later sees someone in a red kimono running down the hallway. An avalanche derails the train’s engine, stranding the passengers. The next morning…
have fun!