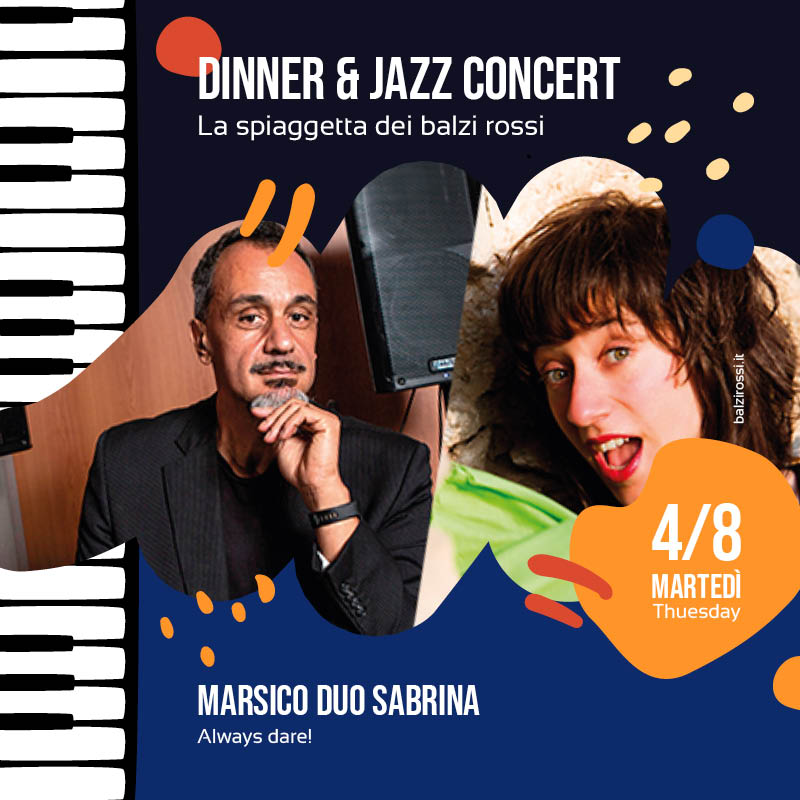 Always dare !, a warning to remember having the courage to always dare, listening to each other, running the risk of meeting or colliding. This is what Sabrina Oggero Viale (voice) and Alberto Marsico (Hammond organ) try to do every time they go on stage. Their collaboration, fertile and intense, led to the recording of the album “The wedding” (2017), which represents the musical union between the two artists, whose feeling is total or aspires to be. Their performance has been called “a kaleidoscope of sounds and emotions, which move between jazz and soul with elegance and a touch of irony”.
Have fun!