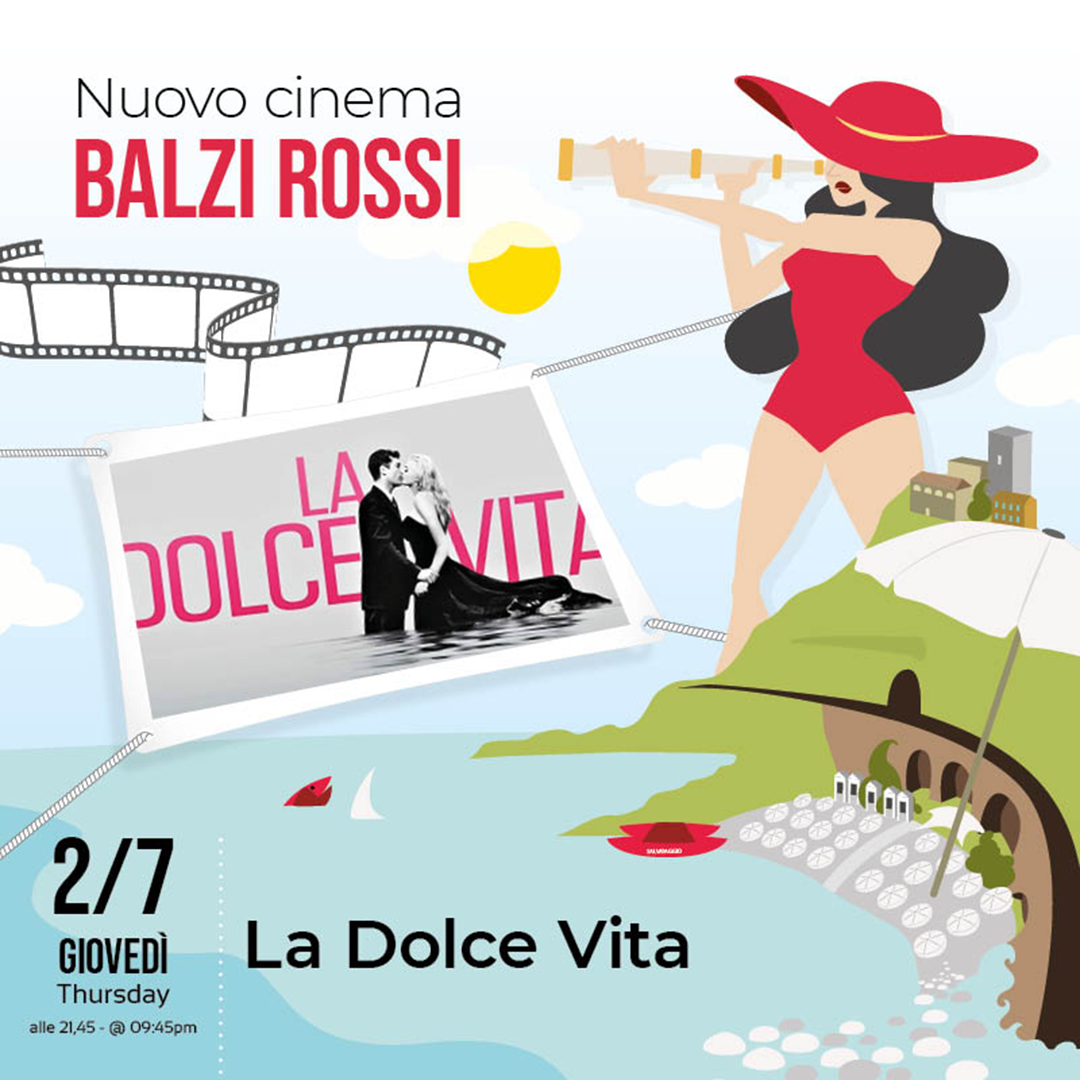 PLOT:
La dolce vita, a dramatic film directed by Federico Fellini, tells the story of Marcello Rubini (Marcello Mastroianni), a journalist of scandalous scoops who would actually like to write novels. The film, set in the social world of the 1960s, reveals, through various episodes, lights and shadows of the Capitoline society of the time. Like the arrival on a helicopter of a statue of Christ bound for the Vatican, which arouses amazement and curiosity in passers-by, or the encounter of Marcello with Maddalena (Anouk Aimée), a charming woman with whom she spends a night of strong passion. But the reporter is not alone: ​​he has a girlfriend, Emma (Yvonne Furneaux) who, having discovered the betrayal, tries to commit suicide by ingesting tablets, but without succeeding …
have fun!